RIO DE JANEIRO —  American Kayla Harrison has another gold medal. Call it one more for the road. Expected to retire following these Olympics and become the next female star in professional mixed martial arts, Harrison defeated France’s Audrey Tcheumeo to win a second judo gold medal in the 78-kilogram weight class in front of a disappointed Brazilian crowd that was hoping to watch Harrison take on Mayra Aguiar.

Harrison, 26, had predicted a matchup with Aguiar more than a year ago as the two have been longtime rivals and had split their first 14 meetings. It would have recalled echoes of 2012, when she beat Britain’s Gemma Gibbons in London in the gold medal match. Instead, she faced Tcheumeo and did not seem to be getting the best of the action until the final seconds when she finally got Tcheumeo on the ground for a decisive win by ippon.

Harrison rolled into the semifinals, defeating Anamari Velensek of Slovenia in 1 minute, 43 seconds with an armbar move that immediately ended the match. Her earlier matches weren’t any longer, confirming her dominance in this tournament.

When Kayla Harrison returned home with two Olympic gold medals she had something special waiting for her. On August 31st the United States Judo Association’s promotion board had decided to reward Harrison with the rank of Rokudan, sixth degree black belt. The USJA promotion board, comprised of multiple Olympians, decided this not only on her competitive prowess but her embodiment of the principles of Judo. The United States Judo Association is proud to promote Kayla Harrison to Rokudan and support her as one of the best ambassadors of our art. 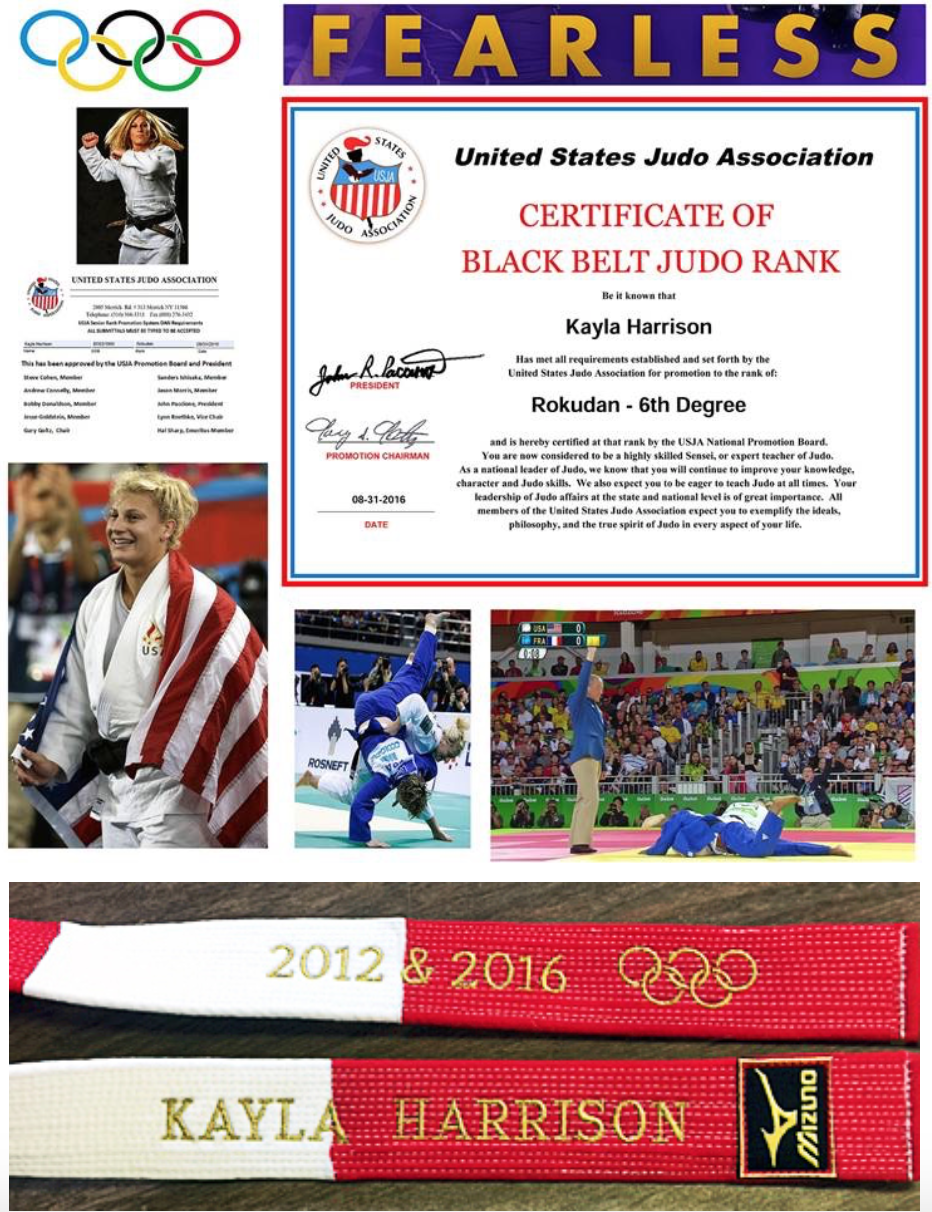 Need help with something?

We look forward to speaking with you.